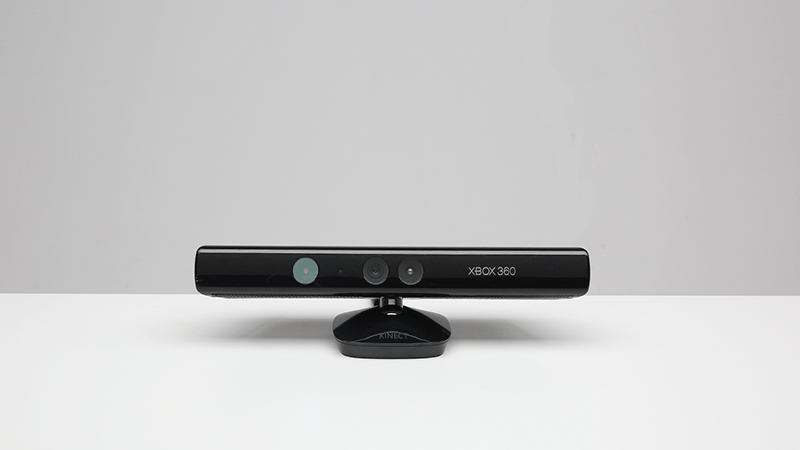 In a three-day seminar we ideated interactive machines that wirelessly communicate with each other.
In this context, we decided ourselves for an interaction between a person and a camera. GestureView gives the user the ability to wirelessly control a camera with their arm movement. A Microsoft Kinect records the user’s right arm joint positions. 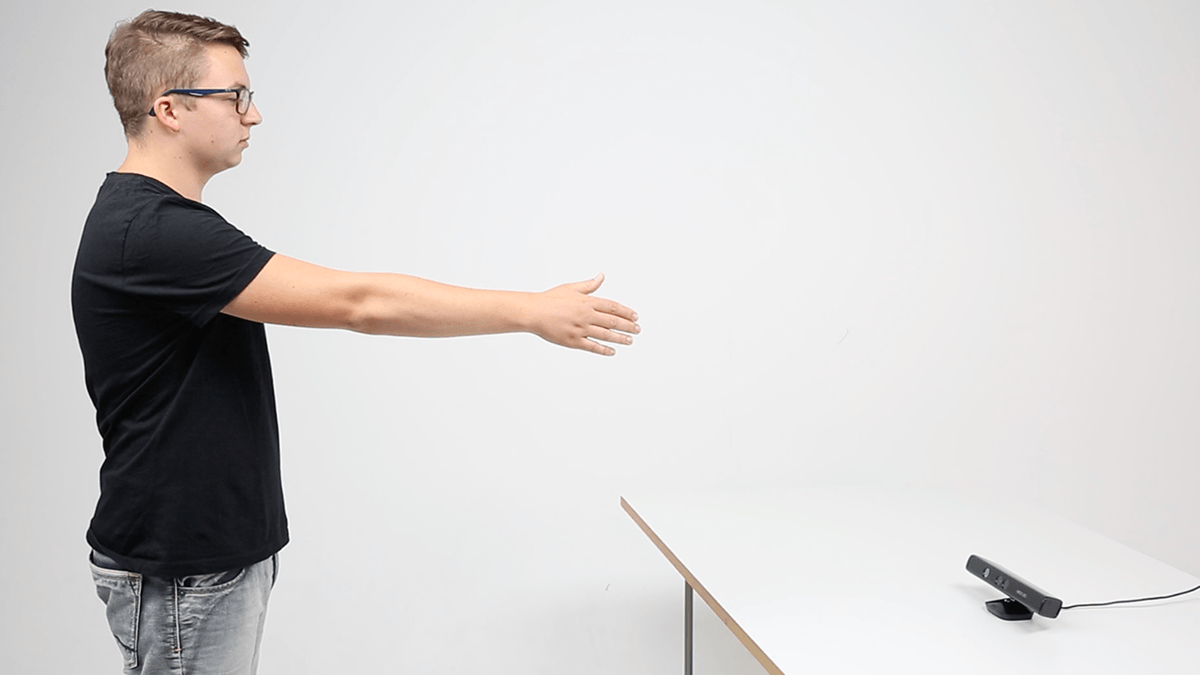 With the program vvvv we evaluated the data coming from the Kinect giving information about the position of the person’s right hand and shoulder. Next, we calculate the angle between the person’s right arm and their body, which is then transmitted to an Arduino Nano Board with an ESP8266 for WiFi connectivity and thus control the position of the camera which is mounted on a servo motor. The camera live streams the captured image to a screen.